Singapore - A Unique City in The World 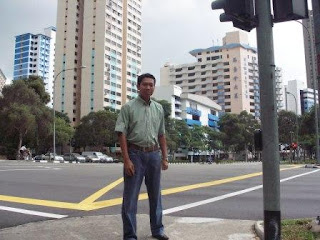 I have often visited Singapore, but I do not feel bored, there is a new course in Singapore. Whether it's new attractions, new shopping mall or a new event.

If there is one word that best expressed Singapore, the word is "unique". As a dynamic city rich in contrast and color, here we will find a harmonious mix of cultures, cuisine, art and architecture.


Retrace day has brought us from the past to the future, from exotic ethnic area into an efficient business center, from serene gardens to the elegant skyscrapers. 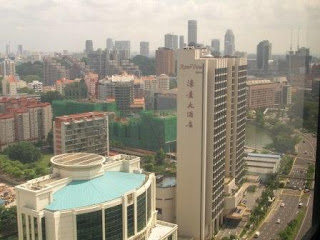 History of Singapore, quoted from the official website of the Singapore Tourism Board, Singapore Region was first mentioned in the notes to China in the 3rd century, who called Singapore as "Pu-luo-chung" ( "island at the tip of the peninsula"). Not much is known about the history of this island at the time, but what-the information is different from the past colorful Singapore.

In the 14th century, Singapore became part of the Srivijaya empire, and was known as Temasek ( "Sea Town"). Located at the meeting point of sea travel lane at the end of the Malay Peninsula, Singapore had long been visited by many ships, ranging from junk China, India merchantman, the Arab Dhow, warships Portuguese to Bugis sailing vessels.

During the 14th century, small islands are strategically located but got a new name - "Singa Pura" ( "Lion City"). According to legend, a prince of Srivijaya who came to see an animal that he thought was a lion, and so was born the modern name of this Singapore. 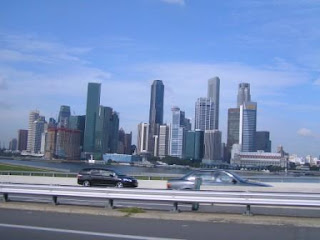 England fill the next important part in this Singapore story. During the 18th century, they saw the need for a "halfway house" to improve the strategic, filling food, and protect their royal fleet grew, and to restrain the progress of the Dutch nation in the region.

With a political background like this that Sir Stamford Raffles established Singapore as a place of trade. Policy of free trade attracted merchants from all over Asia, even from distant countries like the United States and the Middle East.

In the year 1824, only five years after the founding of modern Singapore, the population grew rapidly from just 150 to 10,000. 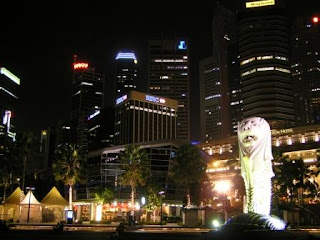 In 1832, Singapore became the center of government Straits (Gulf Point area) to areas of Penang, Malacca and Singapore. The opening of the Suez Canal in the year 1869 and the discovery of telegraph and steamship increasing importance of Singapore as a trading center increased between East and West.

Singapore also became a military site in the 14 th century, when engaged in the struggle for the Malay Peninsula between the kingdom of Siam (now Thailand) and Majapahit of Java.


View Singapore in a larger map

Five centuries later, Singapore became the location again a big battle during World War II. Singapore could be considered as an impenetrable fortress, but the Japanese managed to control the island in 1942. After the war, Singapore became Crown Colony (colony Throne of England). The growth of nationalism makes the formation of self-government in 1959, and finally on August 9, 1965, Singapore became an independent republic.
Singapore