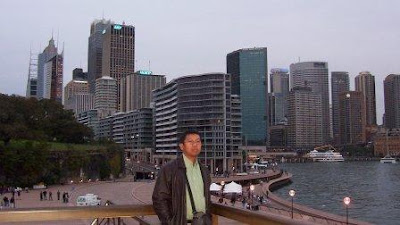 Although Aboriginal people have inhabited the Sydney region for many thousands of years, the city has relatively short modern history - albeit a starnge and fascinating one, based on the bizarre idea of sending 18th century British criminals halfway across the world.

Captain Cook
In April 1770, the great English sailor and navigator James Cook landed at Botany Bay, in modern Sydney's southern suburbs. He later claimed the entire east coast of Australia for Britain, under the name of 'New South Wales'. Cook, however, sailed right past Sydney Harbour, litle knowing that this would be the site of future colony.

The First Fleet
Sydney was founded on 26 January 1788, when the eleven ships of the First Fleet, bearing 1400 people - convicts, soldier and a handful of other settlers - arrived from England to establish a remote new colony.

The Rocks
The city's oldest 'village', so-named because of its rocky shoreline, was founded when the first convict tents were erected here in 1788. This is now one of Sydney's most popular precincts.

Aboriginal Sydney
Indigenous people of three main language groups - Dharug, Kuringai and Dharawal - lived in the Sydney area for at least 40,000 years before James Cook 'discovered" the east coast of the continent. There are dozens of ancient Aboriginal art sites around the metropolitan area, including those at Bondi Beach Golf Course and in Ku-ring-gai Chase National Park, but the Australian Museum is the best place to gain a brief insight into this fascinating culture. [Sydney - The Official Guide]
Sydney